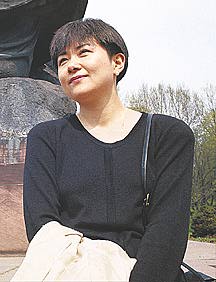 Yoshiko Okada began to study piano as a small child at home in Japan. At the age of 15, she continued her studies at the École Normale de Musique in Paris with Yvonne Loriod and Anne Queffélec. She then continued her studies with Maria Curcio in London, Nikita Magaloff in Geneva and Alicia de Larrocha in Barcelona.

She has had a remarkable international career with recitals and concerts in the United States, Canada, France, Belgium, Denmark, Switzerland, Italy, Poland, and Japan. In 1991, she made her debut at New York’s Carnegie Hall, which led to further invitations to this prestigious venue where she was hailed by audiences and critics alike.

Numerous recordings for several labels testify to Yoshiko Okada’s mastery, including Mozart’s piano concertos and sonatas for Pony Canyon, Japan, a recital of French music for Ongaku Records, United States, and works by Albéniz, Mompou and Liszt for DUX, Poland.

She has served on the juries of several international competitions in Europe, including “New Music for New Pianists” Pescara 1996, “Kaufmann European Music Competition” Brussels 1998, and “Sanremo Classico 2004.”

Yoshiko Okada has also made a name as an organizer of festivals and schools. In 1995, she initiated the International Okada Festival in Warsaw, which has been held six times since then, and to which she invited such illustrious music personalities as Alicia de Larrocha, Jean-Pierre Rampal, Julius Baker, Eduard Brunner, Marco Di Bari, and many others.

Ms. Okada is President of Okada Foundation in Warsaw and Director of the Mozart School of Music in Brussels.