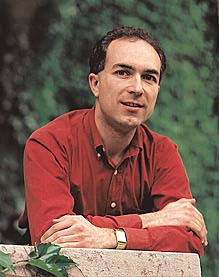 has won great critical acclaim for his performances and recordings of J.S. Bach, and was hailed by The New York Times as "a formidable Bach pianist . . . [who] plays with the passion and drama of a young Glenn Gould." "No one who loves Bach can afford not to listen to these performances," Fanfare magazine wrote about Sergey Schepkin's recording of Bach's Partitas. The International Piano magazine judged his recording of the First Book of Bach's Well-Tempered Clavier as one of the best ever made, along with those of Edwin Fischer and Sviatoslav Richter, and Amazon.com proclaimed, "For Bach Partitas, he is it."  The Essential Listening Companion catalog considered Schepkin's recording of Bach's "Goldberg" Variations as one of the top three recordings of that work on the piano along with that by Andràs Schiff and the 1981 version by Glenn Gould. The American Record Guide deemed Schepkin "the major Bach pianist of his generation."

Born in St. Petersburg, Russia, Schepkin studied piano at the St. Petersburg Conservatoire with Grigory Sokolov, graduating summa cum laude in 1985. After he moved to Boston in 1990, he studied with Russell Sherman at New England Conservatory, where he earned an Artist Diploma and a Doctor of Musical Arts degree, and where he currently serves on the music history faculty. In 1994-98, Schepkin coached with the late legendary pianist Paul Doguereau. Schepkin recently completed his first year as Associate Professor of Piano at Carnegie Mellon University in Pittsburgh.  He divides his time between that city and Boston, where The Boston Phoenix recently described him as "one of Boston's great treasures, a supremely intelligent pianist who plays Bach as well as anyone." The Boston Globe defines Schepkin as "an artist of uncommon, almost singular capability and integrity... [who] synthesizes the most diverse approaches and insights ... absolutely phenomenal."

A naturalized American, Schepkin has performed a broad range of solo, concerto and chamber repertoire worldwide.  His many awards include the First and Chopin prizes in the 1999 New Orleans International Piano Competition, the 1999 Ludwig Vogelstein Foundation Award, first prize in the International competition for Young Musicians in Prague, top prizes in the All-Russia and Crown Princess Sonja piano competitions, the 1993 Harvard Musical Association Award, and the 1992 Presser Foundation Award. Most recently, he was awarded the 2003 Maestro Foundation Grant.

This year, Schepkin appears twelve times in New York City, including his third Bach recital at the Metropolitan Museum of Art, ten appearances at Bargemusic (solo and chamber), and a recital at Alice Tully Hall. Highlights of his 2004-05 season include recitals at the Newport Music Festival in July, in western Massachusetts in August, San Francisco in late fall, New Hampshire and Los Angeles in the winter, and on the FleetBoston Celebrity Series in April 2005, featuring six newly commissioned works.